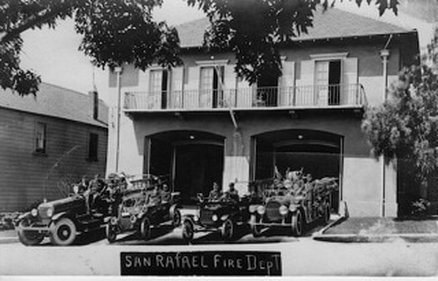 Despite informed pleas and alternate ideas put forth by San Rafael Heritage members and others, the city of San Rafael has determined that San Rafael’s original fire station must come down to be replaced by a modern public safety center.  The old station will be vacated on June 21. The Marin IJ ran a sensitive article by Stephanie Weldy about the bittersweet memories shared by fire department employees and families at a station reunion on May 6. 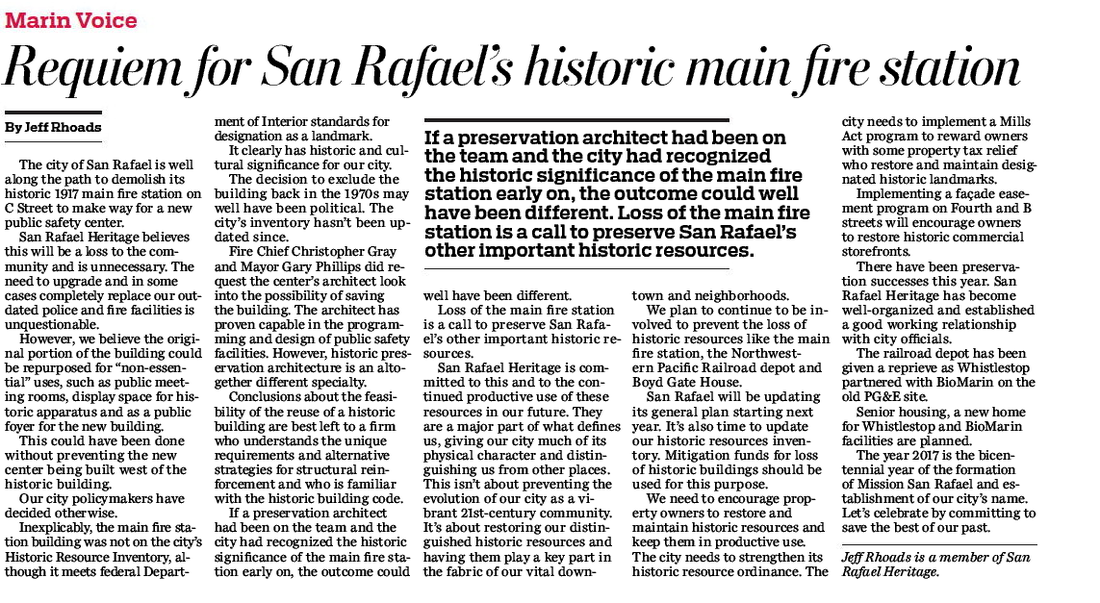 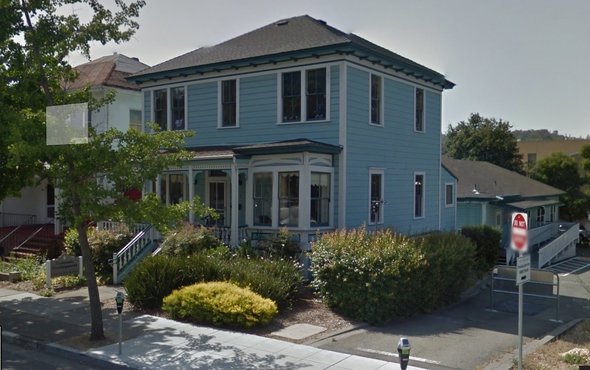 ​THREAT TO BLUE VICTORIAN: The City of San Rafael plans to erect a new Public Safety Center on Fifth Street, which would give a city an integrated, modern police and fire center.  SR Heritage fully supports this idea, but we are concerned that two historic buildings would be eliminated to make room for the large new building.  SRH was invited to meet with the architect, and we have also been communicating our concerns to city officials.

One of the buildings to be eliminated is the city-owned blue turn-of-the century Victorian at 1313 Fifth, the other is the existing Fire Station 51 itself.  FS 51 is THE original San Rafael fire station, which means it has an important history of fighting local fires since 1917!  Unfortunately, the city has already determined that neither building rates as an historic resource and therefore may be torn down next spring.  SRH disagrees; in fact, we see the fire station as a “character-defining feature of the City of San Rafael and worthy of a prominent and useful role in our city in the 21st century.”  The station easily meets ALL SEVEN U. S. Department of Interior criteria for historic designation!

We congratulate the city on making an effort to save the Blue Victorian.  In fact,  if you are in the market for a sweet, simple two-story Victorian, or if you know someone who is who happens to have a nearby vacant lot, you can buy the Blue Victorian for just $1, plus moving costs!  This coming Monday, June 20, at City Hall at 7 p.m., the City Council will consider issuing a “Request for Proposals (RFP) for 1313 Fifth Avenue Purchase and Relocation”.  It is Agenda Item 5.b.  You can find an extensive report on this at http://www.cityofsanrafael.org/meetings/.   Scroll down to City Council meeting June 20, click on “Agenda”, scroll down to Item 5, then click on “1313 Fifth Ave.RFP”.  Spread the word to everyone you can think of!